Kunstmuseum Bern and the Bundeskunsthalle in Bonn are presenting simultaneous exhibitions of the artworks from the Cornelius Gurlitt legacy.  Gurlitt was the son of a Nazi-era art dealer who was commissioned by Adolf Hitler to help seize works from museums and Jewish collectors.  The collection of 1,500 pieces includes works by Chagall, Matisse, Picasso and Liebermann and was found in the Munich and Salzburg apartments of Gurlitt between 2012 and 2014.  This will be the first time that the public has had the chance to view this collection.  Bern is showing the works of so-called “degenerate art” which were confiscated by the Nazis from German museums during the Third Reich.  The Bonn exhibition focuses on works that the Nazis seized from individuals and whose provenance has not yet been clarified.  The exhibition now in Bonn will be shown in Bern in the Spring of 2018.

The goal of this photography exhibit at Musee Rath of almost 1,500 portraits is to make visible and real the people who live in Geneva, because sometimes official statistics on nationality, sex, religion and age don’t cover it completely.  Every life is unique and can be seen better in a photograph than in words.  Since the beginning of the project, 15 photography sessions have been organised by the Ville de Geneve and Agenda 21 and 1,500 photographs and biographies have been collected, resulting in a rich portrait of the people of Geneva. 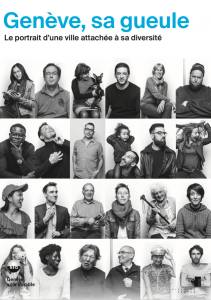 ART IN THE VIEILLE-VILLE in GENEVA

The 22nd edition of Art in the Vieille-Ville will be celebrated by 14 galleries and 3 museums in the Old Town of Geneva with a Vernissage on 2 November from 18:00 until 21:00 and Portes Ouvertes on 4 November from 11:00 to 17:00.  All is free and open to the public.  This marks 10 years of the AVV Association and the exhibitions have a common theme, this time around, of variations around the number 10.  Art in the Vieille-Ville was created to make the old town of Geneva a centre for the arts and to unite the gallery and museum members to propose to the public a selection of high quality artworks.  Check the link below for participating galleries and museums.